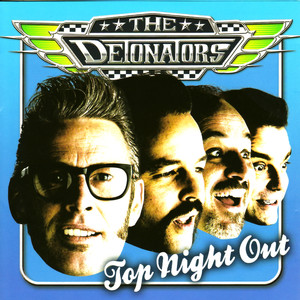 Hailing from Novi Sad, Serbia, The Detonators are a band which plays a very distinct style of punk rock infused with folk, rock'n'roll and rockabilly elements. They formed in 2010. and after playing around Serbia and Europe they completed and released their first album "Nuthin' To Lose" in Spring 2011. After some line up changes "R'n'R Keeps Me Alive" EP was out on My Heart Records from Germany in December 2011. followed by a German promo tour which, together with other concerts, makes this band one of the hardest touring bands abroad coming from Serbia. This EP showed that the line up changes worked pretty well for the band and that adding a mandolin to their sound, which already had been based on accordion, was definitely a good move. It defined the very diverse sound the band plays now, influenced a lot by Social Distortion, Dropkick Murphys, Rancid etc, but also quite unique. After one more year of playing around and writing new music, The Detonators recorded their next album "My World" which will be out on 30th August 2013. on Destiny Records, which the audience will have the opportunity to hear in the next months at one of their concerts and European tour. http://listn.to/TheDetonators https://twitter.com/TheDetonatorsNS