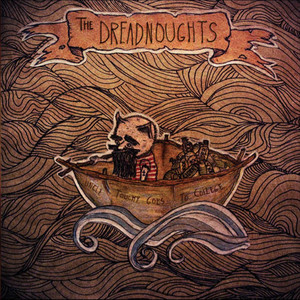 One part roaring sea shanty, one part haunting folk melody, and a solid chaser of gut-crunching street punk:The Dreadnoughts are Vancouver's biggest, baddest, drunkest, punkest folk band. Since their humble beginnings in 2006, drinking and playing in the roughest dive bars in the city, the Dreadnoughts have built a large and loyal following in Vancouver. They are often recognized as one of the best live bands in the city. They embrace the old-school destructive chaos of live punk, and they don't stop until the audience is exhausted, sweaty, happy, and usually pissed to the gills.