Details zu Future Of The Left 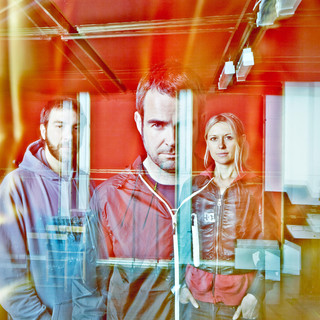 future of the left are a rock band from Cardiff, Wales. they were constituted, time-fans, in the past, which is when rocks were formed then shaped by tides/wind/jcb diggers, and much in that way they messed on in rehearsal rooms until songs - or units of music pertaining to be songs - were written and presented to audiences who vary greatly in size depending on age and education level, just like Brexit. currently the band consists of Jack Egglestone (drums), Julia Ruzicka (bass) and Andrew Falkous (vocals, guitar) - there are also keyboards sometimes, but that looks weird in brackets. the touring line-up is completed by Ian Wilson of the band Art Brut, who has done more touring than the rest of us so is quicker at buffets. sometimes people do power-stances when we play and it is heartening. their latest album (the peace and truce of future of the left) was released in April 2016 through Prescriptions and was funded through a pledgemusic campaign, which reached its funding target within 3 and a half hours of launch. details of the campaign can be found here: http://www.pledgemusic.com/projects/thepeaceandtruceoffutureoftheleft