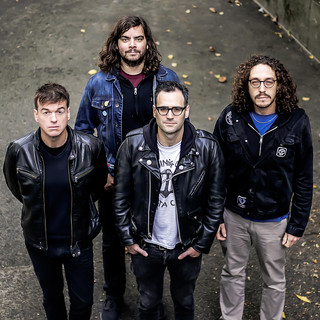 Not Scientists are a band from France that sings in English. Since 2012 they've released an album and an extended EP and toured extensively through Europe and North America supporting a who's who of international touring bands. It's impossible to define their sound by dropping a few names, but If you put Televisions’ vocals over the Strokes covering Fugazi and added a kilo of the Cure turned way up, you would get close. Their second album "Golden Staples" was released on Kidnap Records and Rookie Records on April 13th, 2018.