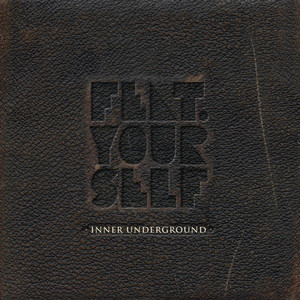 The list of bands that name artists as Hüsker Dü, The Replacements but also oldschool UK legends New Order and modern Wave/Rock bands as their influences is not too long. One of them, Kiel/Hamburg-based pop group FEATURING YOURSELF formed in may 2010. Matthias, Kay and Timo are about to release their debut EP „FEATURING YOURSELF“ in the beginning of July 2010. This record contains 8 songs - short, to the point and most important: with focus on melancholy, bittersweet harmonies that will kill you. Catchy Wavepunk smashers as „PERSPECTIVE“ or „LIVE/EVIL“ go hand in hand with dark-edged synthie pop ballad „LOSING LOVE“ or Bob Mouldesque „FRIDAY NIGHT“. During the past 14 years Matthias has been a member of Kiel punkrock group THE CREETINS, with whom he released three full-length albums and played hundreds of shows in Europe. After leaving the band in 2008 he began working as a producer for bands like AFFENMESSERKAMPF, GRAND GRIFFON etc.. Kay played in THE DETECTORS from 2006 to 2009, released one LP, one 7“ single and toured through not less than 11 countries all over Europe with them. He also plays Bass in the Skapunkband RANTANPLAN. Kay and Matthias recorded and produced the EP „FEATURING YOURSELF“ all by themselves. Now, they are proud to welcome the phenomenal drummer Timo Koehler to the gang. Having completed the lineup, FEATURING YOURSELF are planning to tour inside and outside Gemany for the rest of the year. Get in contact with the boys in order to book them for your hometown! The first full-length will be released in 2011!