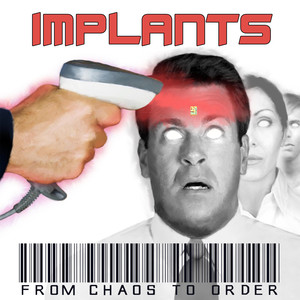 IMPLANTS are a five-piece melodic punk rock supergroup formed in 2011 which features members of SoCal punk mainstays Strung Out, Pulley, No Use For A Name and The Tank. They have quickly amassed a large following after leaking demos online which have received worldwide attention and radio play, and have already proven themselves a must-see live act while sharing the stage with Good Riddance, The Vandals, Pulley and Strung Out among others. The band’s long awaited debut album, which was engineered by Eric Stenman (Saves The Day, Thrice), produced by Implants and mixed by Ryan Greene (Bad Religion, Megadeth, NOFX), was released on Cyber Tracks in Spring 2013. Implants Ken Conte (The Tank, Brown Lobster Tank) – Lead Vocals Jim Blowers (Pulley) – Guitar/Vocals Rob Ramos (Strung Out) – Guitar/Vocals Matt Riddle ( No Use For A Name) – Bass/Vocals Chris Dalley (Pulley) – Drums